Petrolheads shelled out more than £26 million at the RM Auctions event in Monaco last year, with ten cars fetching in excess of £800,000 (€1 million) each.

But it was this stunning 1957 Ferrari 625 TRC Spider which stole the show after a bidding frenzy broke out among wealthy investors.

The auction house was hoping the car would fetch around £2.4 million (€3m) but, as with many classic Ferraris, this proved to be a conservative estimate.

One of just two ever built, the 55-year-old car has been described as “one of the prettiest ever Ferraris” boasting a “design without fault”.

The 1950s racer was originally fitted with a 2.5-litre engine but underwent a full restoration in 1982 and now has a 3-litre V12 engine which develops 320bhp. 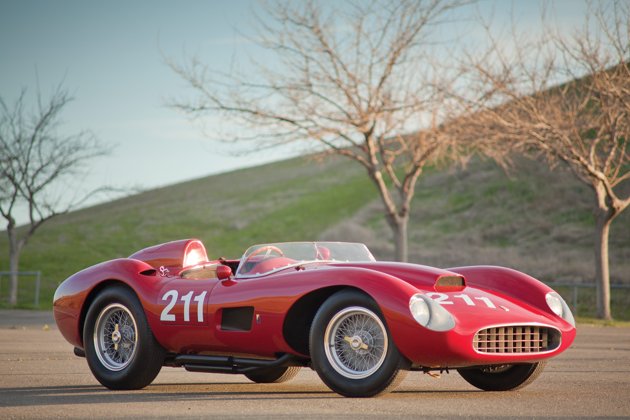